Dr. Gail Mottola after Lou’s death continued the couple’s intent to pursue this multigenerational endeavor for the community of Hampton Roads by educating people about their civil right of “equal access to goods and services” and advocating its citizens to work together to influence businesses to achieve actual “equal access to goods and services” by changing the impediment of the entry door hardware on pre-1990 existing buildings. The manual hardware cost is approximately $140.00 (“affordable”) and installs in approximately one hour (“readily achievable”). “Affordable and readily achievable” are part of the Architectural Barriers Act of 1968, which states:  “It is an ongoing obligation of all public places to remove barriers to “equal access to goods and services”. Lets Open Doors also reminds all of kindness in opening a door for someone. As Lou said: “It only takes a moment.”
Lets Open Doors has a passionate board, inviting business representatives to join and communicate their difficulties regarding the needed accessibility towards a “win-win” for businesses as well as citizens. Four Leading Partners initiated support for Lets Open Doors: the Hampton Roads Parkinson Chapter of APDA, Vietnam Veterans of America, Ch. 969, Disabled American Veterans, Ch. 20 and the highly regarded Senior Advocate. The Virginia Beach Sheriff’s Office kindly provides a workforce of its officers as it continues to support the mission of Lets Open Doors. Sheriff Officers assist local Virginia Beach businesses, installing the entry door hardware for free once a business has purchased American Disability Act (ADA) compliant hardware.

A $10,000 matching gift given in its second year assisted Lets Open Doors to greatly increase public awareness. Senior Advocate sponsored a You-tube video Lets Open Doors and a second video was made “Installation of ADA Compliant Entry Door Hardware” from pictures of an actual installation by the Sherriff’s officers. Presentations and articles written by Dr. Mottola have furthered the public awareness of outdated manual door hardware installed prior to the American Disability Act. In addition to our Leading Partners, during its second year public support was gained from the following:

Now in its third year, Lets Open Doors has initiated a Call To Action for its new campaign:
“One person. One door, One store” is a new campaign for volunteers, individual or teams, to engage store and office owners in changing their entry door hardware. Lets Open Doors continues to offer its shopping center program “Open hearts = Open Doors”.  Two more videos are planned for volunteers to view for those who would like to present Lets Open Doors to the organizations and churches to which they belong.  The first is a presentation by Dr. Mottola, which can be shown as part of the volunteer’s presentation if desired. The second video presents Dr. Mottola in conversation with a shop owner, showing the revenue, IRS Disability Tax Credit and good will benefits for their business.

The question now becomes, “How long will it take to assist the 750,000 of our loved ones, friends and neighbors needing accommodation at entry doors in Hampton Roads? 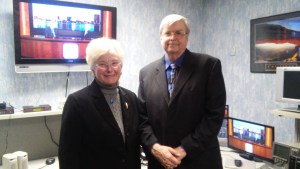