Founded in 2006 in Indianapolis Indiana 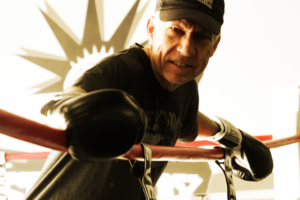 Rock Steady’s founder, former Marion County (Indiana) Prosecutor, Scott Newman, was diagnosed at 39.  He discovered that training like a boxer (noncontact) lessened his Parkinson’s symptoms. Initially intended as a program to help people battle young-onset Parkinson’s disease, over the course of many years the program evolved to accommodate and help people at ALL stages of the disease.  Word spread quickly of the success of the program, and people from all over the world began to call Rock Steady in Indianapolis asking for help. In 2012, the “Affiliate” program was created with the goal of spreading our message of hope through boxing style training for people with Parkinson’s internationally.  Rock Steady now has Affiliates all over the world helping people with Parkinson’s using “The Rock Steady Method.” 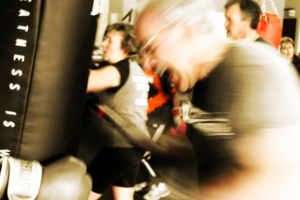