A Home for Hope

For 125 years The Union Mission Ministries has compassionately served the least, the last, and the lost in our community including men, women, and children without a home and with nowhere else to turn.

To aid the poor and needy; to reform the erring; to help those that are out of the way; to feed the hungry; to shelter the homeless; to preach the gospel; and to rescue the perishing. 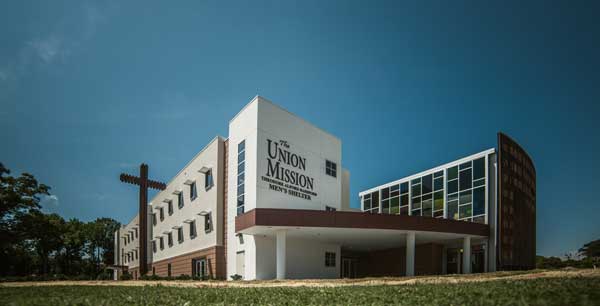 Each year the Association of Gospel Rescue Missions does a survey of member Missions across the country. I am attaching the results from 2016. The Southeastern Virginia Coalition on Homelessness also does a bi-annual Point in Time Count in Hampton Roads. This includes Norfolk, Chesapeake and western Tidewater. Portsmouth and Virginia Beach do their own counts. Portsmouth reported 50 homeless, Virginia Beach reported 389. Totaling all cities the one day statistics indicate there are 1,174 people homeless in Hampton Roads. Of course this survey is traditionally done in January when a lot of homeless people may be staying with friends, etc. so as accurate as possible.

Restoring the lives of men, women, and children in need by providing nourishing meals, safe shelter, and Christ-centered care.

““For I was hungry and  you gave me food, I was thirsty and you gave me drink, I was a stranger and

Restoring the lives of men, women, and children in need by providing nourishing meals, safe shelter, and Christ-centered care.